Set over 25 hectares (60 acres) and enjoyed by the Royal Family and their guests when in residence, the more formal Gardens are open from April - October. The grounds have been developed in turn by each monarch since 1863 when King Edward VII and Queen Alexandra purchased the Estate.

A densely planted shrubbery with a shady woodland walk was instigated by Her Majesty in the late 1960’s. A collection of Rhododendron, Camellia and Magnolia trees were brought up from Windsor were planted to create more interest, shelter and privacy in the garden.

Much of the planting has now matured and along with a wide range of rare and unusual trees, under planted with shade loving plants, provide a spectacular display for those who enjoy the shape, colour and texture of leaves, stems and bark though the seasons.

Created by Geoffrey Jelicoe in 1947 for King George VI the formal enclosed areas of garden are informally planted in a cottage garden style and are usually at their best in late July where they act as a haven for bees and butterflies.

The West side the house overlooks a large expanse of lawn, once the site of an elaborate series of colourful formal flower beds and pathways, these were ploughed up during the 2nd World War to make way for crops as part of the dig for victory campaign. In recent years these large expanses of lawns have proved useful for large Garden Parties including one to celebrate Her Majesties Diamond Jubilee.

Throughout the garden areas of informal lawn are dotted with trees of all ages including an oak tree planted by Queen Victoria and a Giant Red Wood tree planted by Princess Christian Of Denmark. The Oldest tree in the Garden is a Veteran Oak standing beside the upper lake, this is said to be over 8oo years old. Two ornamental lakes are bordered areas of rockwork were landscaped in the 1880’s for King Edward VII by James Pulham, a landscape gardener of the time who specialised in stonework and the creation of grottoes, rock faces and stoneware which was very popular at the time.

Natural Springs feed the lakes and an ornamental stream planted with moisture loving plants meandering through meadow areas. This part of the garden is managed in a more naturalistic style to encourage a wide range of wildlife. 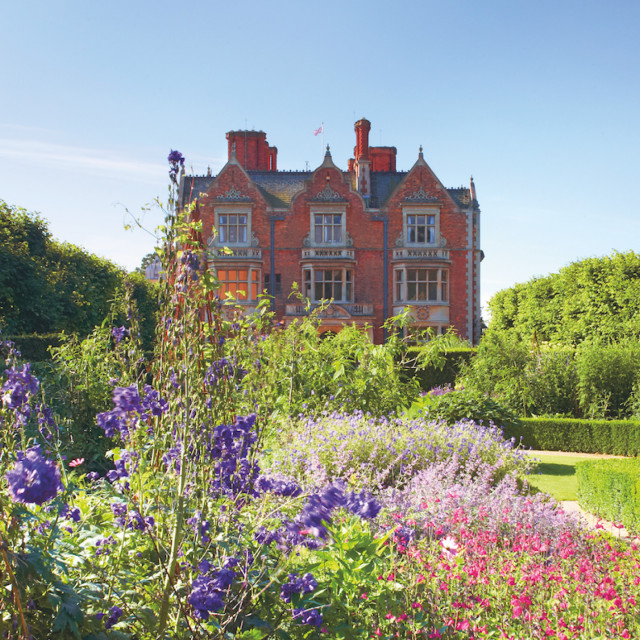 At present we are not offering Guided Garden Tours due to Covid-19.

However please see below the types of tours usually available in Sandringham Gardens. 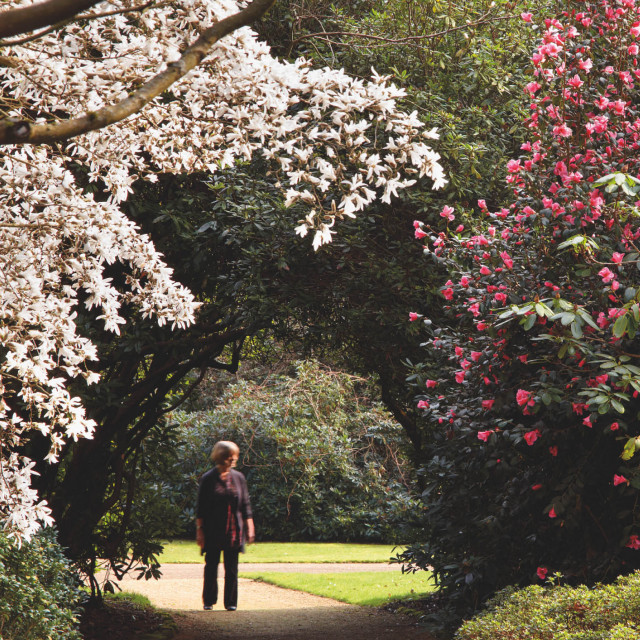 The Woodland Garden was re-landscaped in the 1960s by Sir Eric Savill. This area includes many examples of Camellia, Rhododendron, Magnolia and Pieris. If you’re lucky in late May the Handkerchief Tree will be in flower! This walk also passes the Norwich Gates. 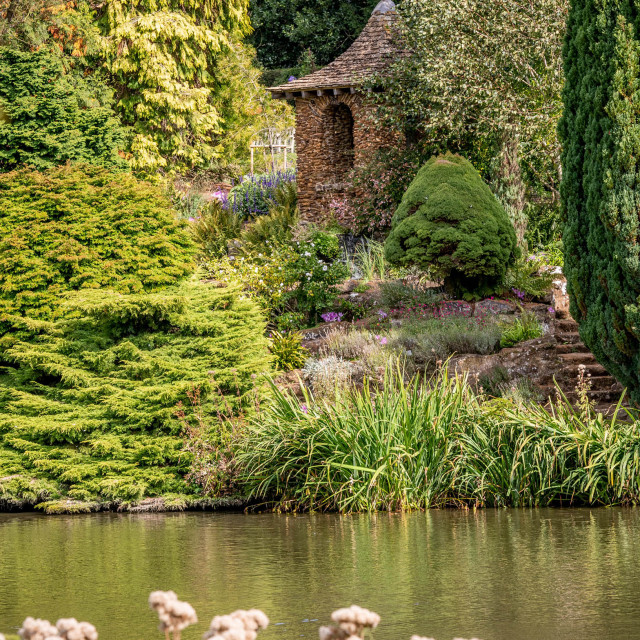 This garden tour includes the lakes and rockeries which were landscaped by James Pulham using his famous ‘Pulhamite’ stone, and Queen Alexandra’s Nest. A selection of marginal plants such as Hosta, Primula and the giant Gunnera can be seen, as well as others such as Astilbe and Hemerocallis, together with one of the oldest oak trees at Sandringham. The walk takes in views across the lakes and stream of Sandringham House and York Cottage. 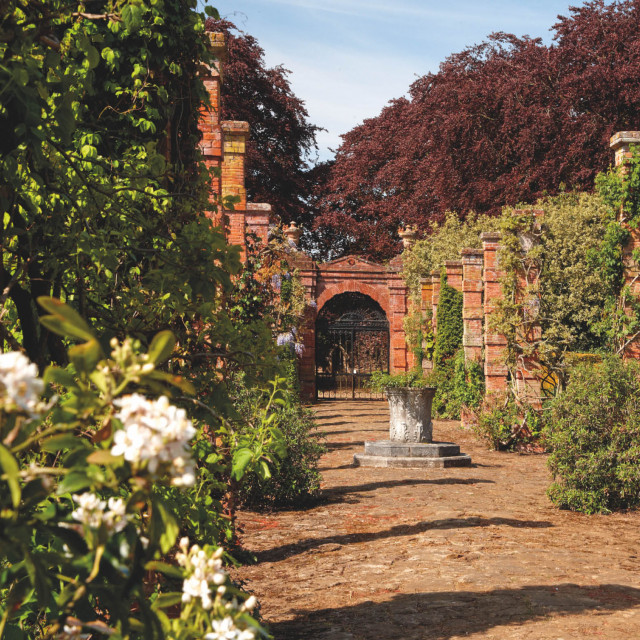 Looking at the changes to the forecourt over the years and passing under Queen Victoria’s Oak, this is the only opportunity to view what remains of the old 17-acre Walled Gardens. As well as the Ornamental Square Garden, which is still planted with a variety of Penstemons, Dahlias and other bedding plants, visitors will see where the huge crops of fruit and vegetables were once produced. The walk passes under the pillars of an old pergola and by the old head gardener’s cottage. 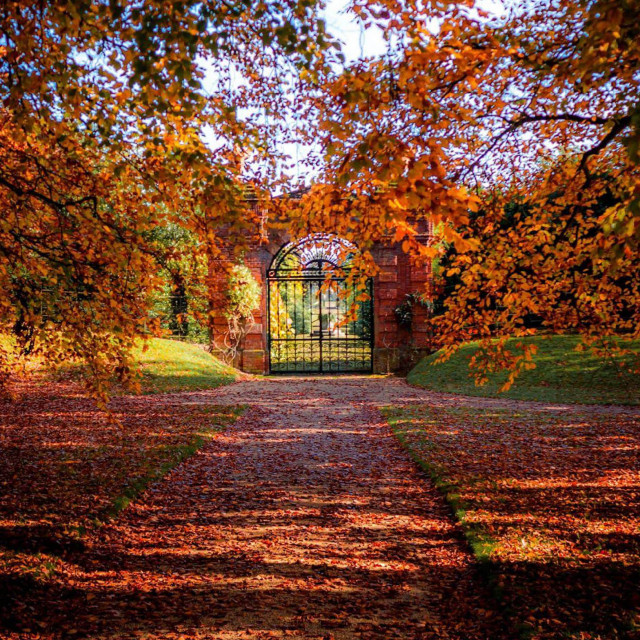 This walk takes a general look at the striking autumn colours in the garden, with a particular focus on the trees as the foliage transforms into rich auburn colours and the berries as they start to ripen. The walk follows the Woodland Walk and continues around the Upper Lake. There will also be a brief visit to the Walled Garden.